Today I saw a snake. A lowly garter snake along a bike trail and I was so glad to see it because we were in the garter snake capital of the world. Yes, Narcisse, Manitoba can boast that.

At the Narcisse Snake Pits, 6 km north of Narcisse, thousands of red-sided garter snakes emerge from the limestone sinkholes and tangle in a mating ritual during late April and early May.

I’m never around that time of year to see the roiling and tangling.

And that is about as close as I’ll get to touching a snake.*

We cycled about 20km of a trail which runs through Narcisse. The Interlake Pioneer Trail (IPT), formerly known as the Prime Meridian Trail, was once a rail line running through the Interlake region.

Now, it’s 106km of trail running from just outside of Winnipeg all the way to Fisher Branch. It’s mostly used for ATVers and snowmobilers. But we were wanting a little adventure on our bikes.

So we set out to get to Narcisse which was a half hour drive away. I didn’t notice on the map that over half that was a gravel road! So when we arrived in the hamlet, our bikes, located on the rear bike rack of the car, already had a thick layer of dust!

The trail’s name, Prime Meridian, comes from the fact that it is located near the geographical centre of Canada. And you guessed, being an old rail bed, it was flat and STRAIGHT!

Now I am a prairie girl, but there are parts of the Manitoba which really have little appeal for me. Get about 10 km west of Lake Winnipeg and I’m saying to myself, ‘how did the pioneers ever survive here.”

I guess you have to get out of the car and get slow.

I believe the website which touted this trail as “extremely fun” was, exaggerating just a wee bit. “See over 300 species of native flowers, 170 species of birds, 31 species of mammals, 4 species of amphibians and 3 species of reptiles and in a quiet and pristine landscape little changed for centuries.” Now that part was partly true. It was quiet! I did see one reptile. And I did see the rare Indian Paintbrush, which I had not seen since I was a child at summer camp. 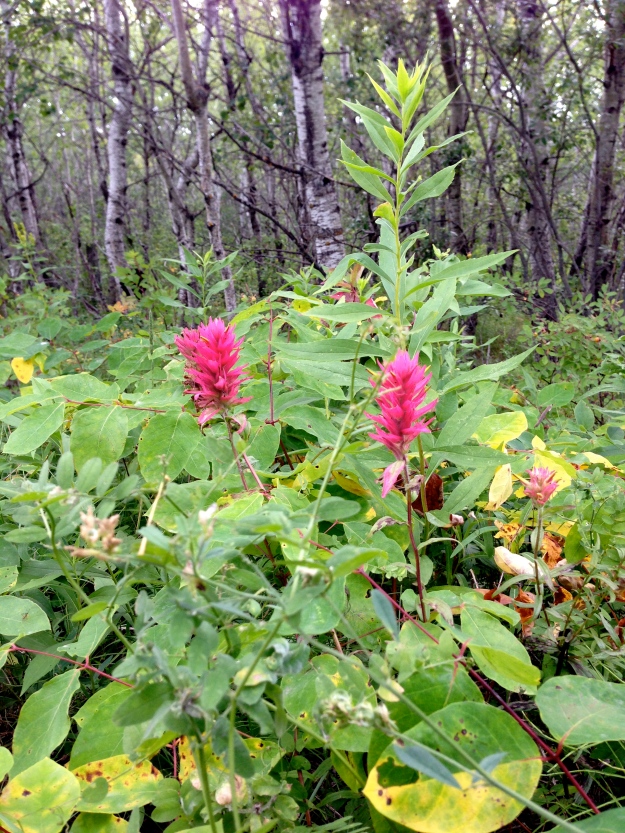 Can you go anywhere in Canada without seeing the federal government’s propaganda signs! Trail improvements!  Really?

Other than the flowers and the quiet, the trail was a two lane road into scrub brush and farmland. We went past a sheep farm, with goats too. And long horned cattle.

Funnily enough I ended up collecting stray rail ties, which could really do a number on a bike tire. 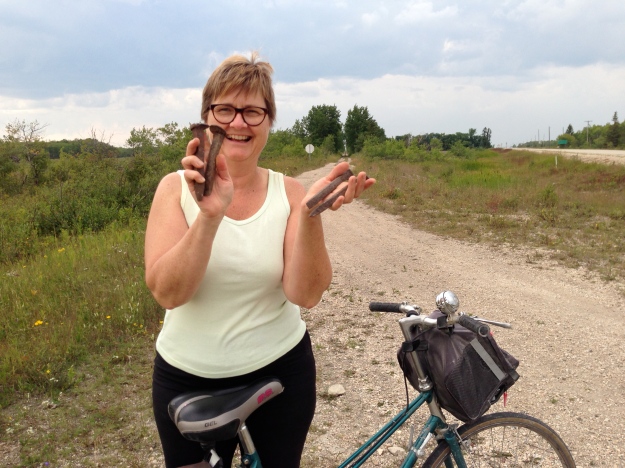 What made it “extremely fun” was being with my best friend and getting slow. Oh, and the bag of cherries and chocolate bar we took for a snack.

*Addendum…. someone in our family HAS touched snakes, and a lot of them. Our son worked in the Interlake for Manitoba Housing Corp one summer. One of his duties was to crawl under the apartment complex in Inwood and clean out the dead garter snakes. Ranks right up there as probably the worst summer job ever!