Our son lives in Australia. When you look at a globe it’s always kind of hidden underneath. So I decided to rectify that. 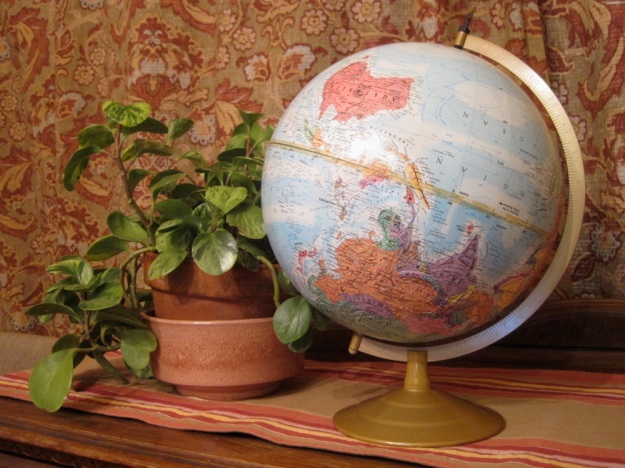 Especially after watching this engaging clip from one of my favourite former dramas, West Wing.

The Peter’s Projection map was an eye opener for me too when I was first introduced to it whilst working for Ten Thousand Villages back in 1991.

Wasn’t Greenland nearly the same size as Africa? NOT

The ever-so Euro-centric Mercator map was all that was on sale when I was in school.

When my daughter found this cool old roll-up map to decorate her living room it brought the whole thing back into focus again for me. In fact this 1950’s map even shows the British Commonwealth and Greenland is enormous! Read about her map on her blog, Urban Spool. 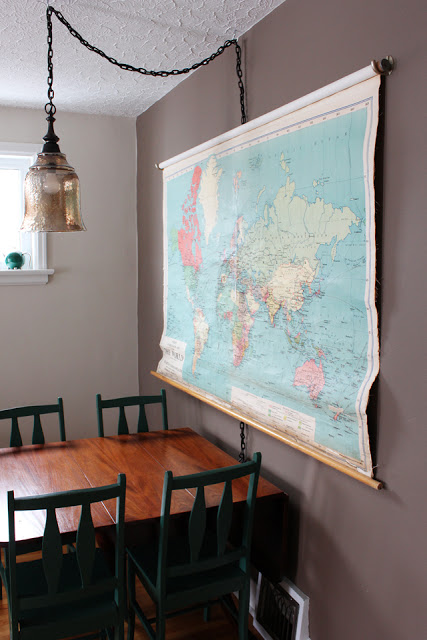 Looking for the Peter’s Projection map I came across this one produced by a cheeky Australian in 1979. McArthur’s Universal Corrective Map of the World. This is the write-up which accompanies it.

At last, the first move has been made – the first step in the long overdue crusade to elevate our glorious but neglected nation from the gloomy depths of anonymity in the world power struggle to its rightful position — towering over its northern neighbours, reigning splendidly at the helm of the universe. Never again to suffer the perpetual onslaught of “downunder” jokes — implications from Northern nations that the height of a country’s prestige is determined by its equivalent spatial location on a conventional map of the world. This map, a subtle but definite first step, corrects the situation. No longer will the South wallow in a pit of insignificance, carrying the North on its shoulders for little or no recognition of her efforts. Finally, South emerges on top. Spread the word. Spread the map! South is superior. South dominates! Long live AUSTRALIA — RULER OF THE UNIVERSE!! © 1979. Rex Publications. All rights reserved. 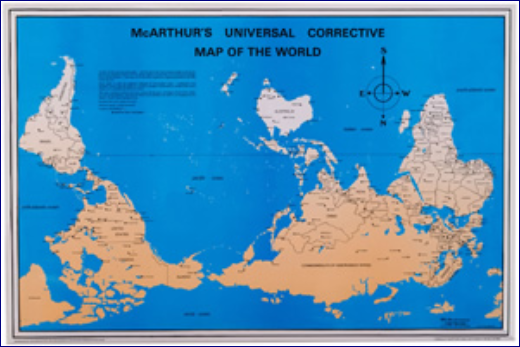 Because our son lives ‘down under’ I’m thinking a lot more about maps, globes and the size of everything. That’s why I turned my globe over, in order to reorientate by brain.

What do you think?  Do different types of maps disturb you, shake up your worldview or cause you to think differently about the way you have been taught? Leave a comment. 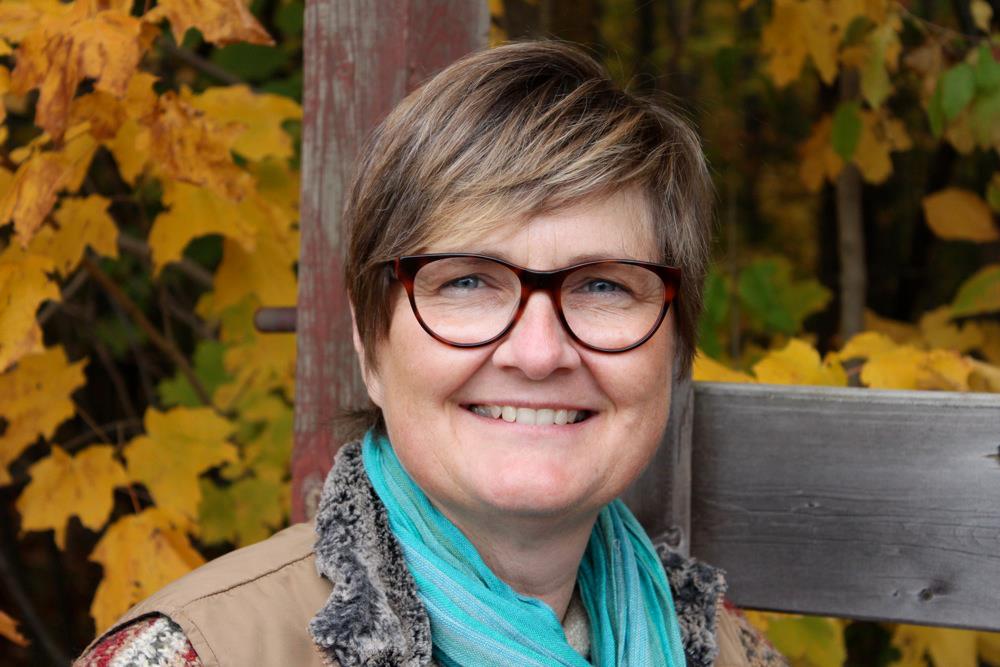